For small and medium businesses

A thin 1U rack 2.5GbE server providing stable performance and four bays for expandable and easy SATA storage. The Lockerstor 4RS and 4RD bring expandability by bringing PCI Express capabilities, creating one of the most flexible and lightweight solutions for small businesses. 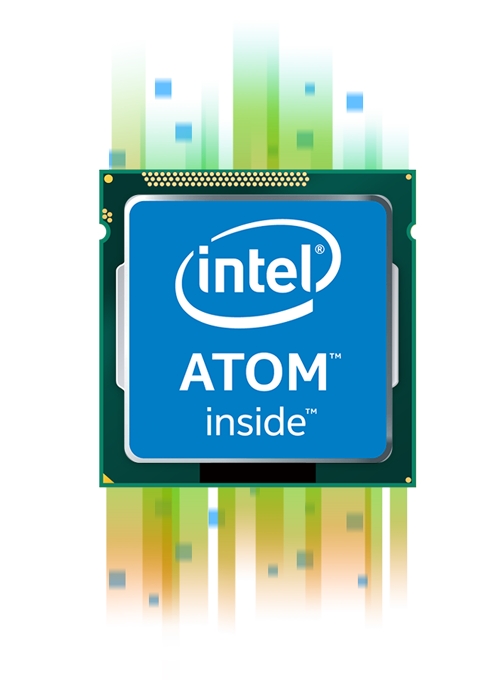 
Equipped with the new Quad-Core Intel Atom C3538 that is clocked at 2.1GHz and combined with more than 8GB of DDR4 RAM makes for an ultra-fast, ultra-smooth file sharing experience for your office.

The Lockerstor RD has complete backup and safety mechanisms by including dual backup power supplies for safety while including four Ethernet ports for additional performance and redundancy. Two Gigabit and two 2.5-Gigabit Ethernet ports adorn the rear of the NAS, ensuring that everyone can access their files quickly and efficiently. The Lockerstor RD makes no sacrifices by ensuring zero downtime if a port or power supply is offline. 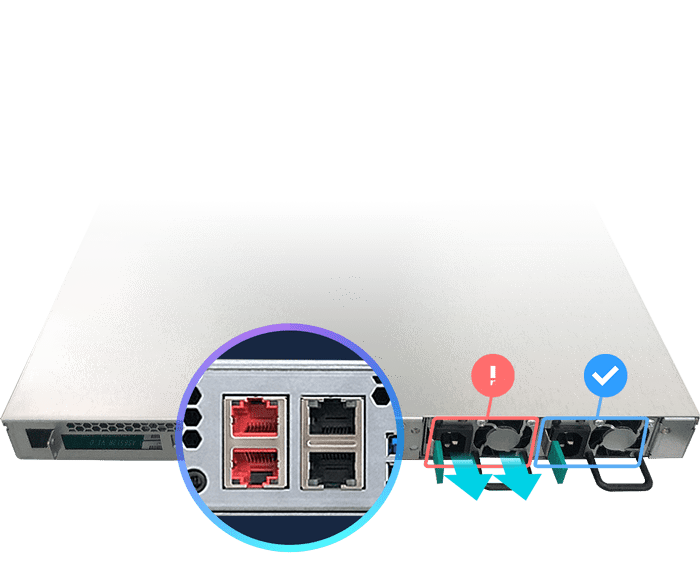 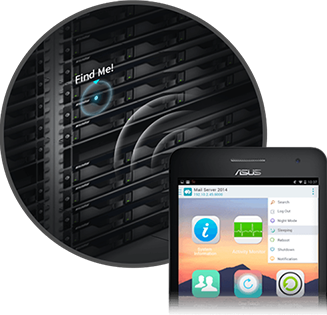 “Find Me” Function and Service Light for Server Rooms


In enterprise environments, storage devices are commonly placed together in a server room. In order to allow administrators to quickly find the NAS from among many servers the Lockerstor 4RS/RD(1U) provides a dedicated button on front panel. When this button is pressed, the LED service light on the rear panel of the NAS will light up. ASUSTOR also offers the mobile NAS management app, AiMaster which provides the exclusive Find Me function. When Find Me is activated, the system status light on the front of the NAS will flash and the system buzzer will sound, helping users to quickly find the NAS.

The ASUSTOR Lockerstor 4RD rackmount series prepares you for the needs of tomorrow. PCIe expansion enables 10-Gigabit Ethernet can be installed to increase performance and expandability. Combine the Ethernet ports and connect to a 2.5-Gigabit Ethernet switch to take advantage of extreme speeds. Break free from restrictions with the Lockerstor 4RD. 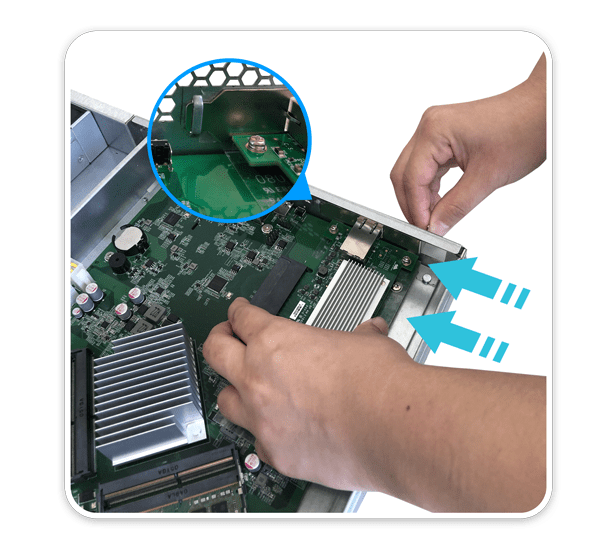 All ASUSTOR NAS are designed for and are suitable for 24/7 use. ASUSTOR NAS devices have also undergone rigorous tests, such as drop tests and burn tests to test durability in extreme conditions. Heatsinks were added to sensitive components to dissipate heat, helping to maintain the longevity of the device.

Protected From the Inside and Out

Protect your data from loss, damage and attacks with the ASUSTOR NAS. An ASUSTOR NAS is better protected by running the Linux-based ADM, employing a built-in firewall, ClamAV Antivirus, MyArchive and ADM’s various backup tools help protect ransomware even better.

A professional grade NAS needs to be equipped with a diverse array of expansion functionality. In addition to the 4 drive bays, we have also included 4 USB 3.2 ports, allowing you to create a tailored storage space for both your work and entertainment needs.

The ASUSTOR NAS provides enterprise-class hardware and software and is compatible with VMware, Citrix, Hyper-V virtual storage environments. iSCSI/IP-SAN and NFS support allow it to seamless integrate with existing IT environments, providing an optimal and cost-effective storage solution. 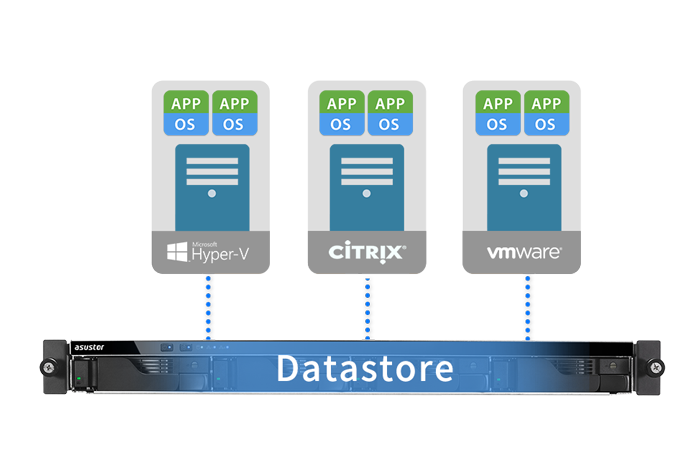 ASUSTOR NAS users can now run the native Linux® system on their NAS, enjoying the rich variety of Linux® apps. Linux Center features easy installation without extra configurations. It effectively turns the NAS into a computer with unlimited possibilities.

Nextcloud and OnlyOffice make collaborating on projects easier than ever by creating a cloud office suite for offices to work on documents, spreadsheets, presentations and more. 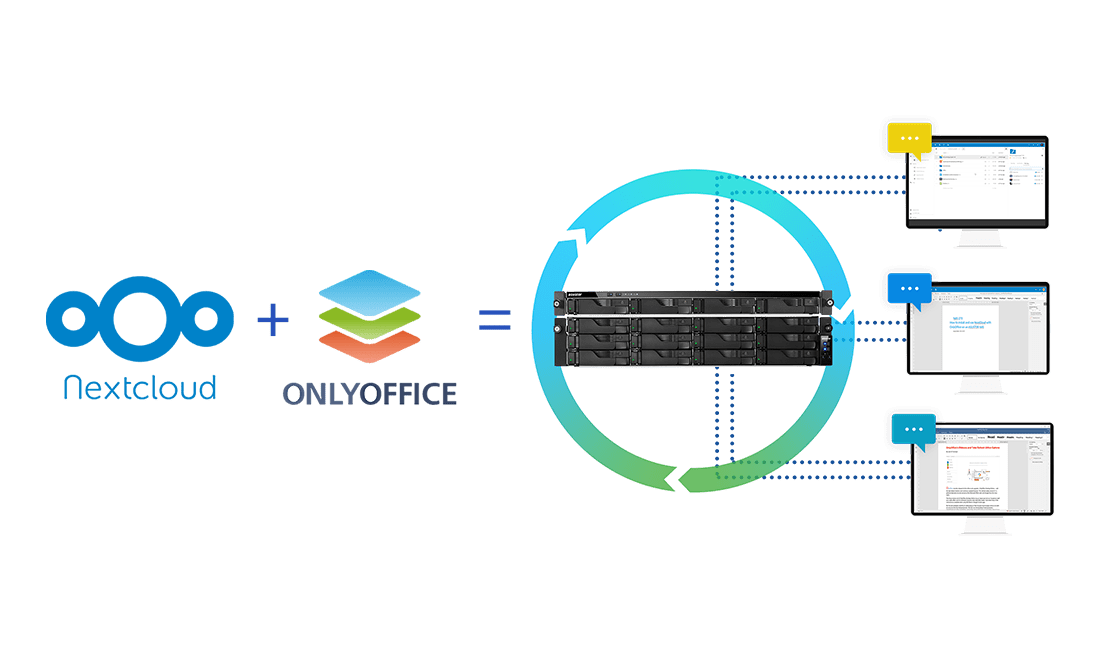 The ASUSTOR NAS provides seamless cross-platform and multi-user access, allowing you to easily connect to your NAS from Windows, macOS or Unix-like operating systems no matter if you are using a PC, notebook, tablet or smartphone. 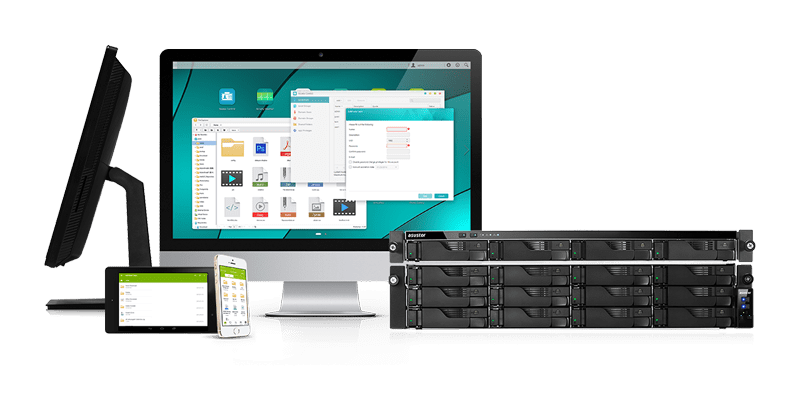 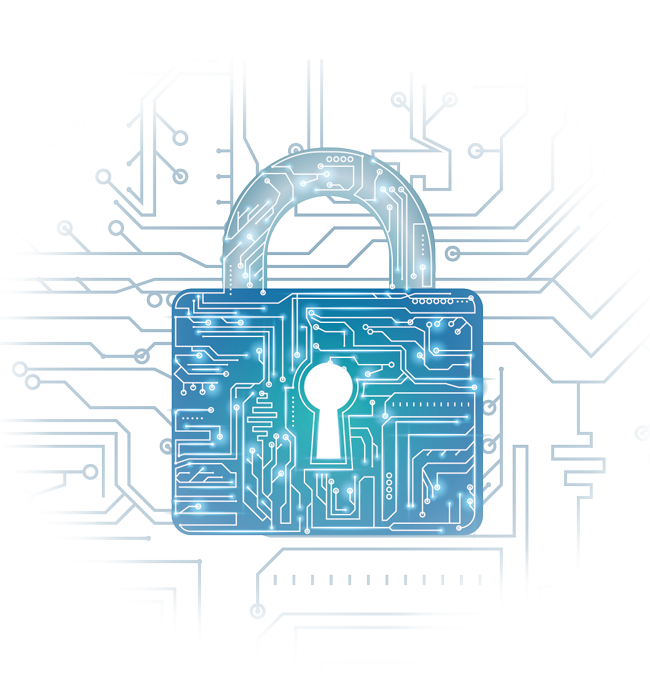 The Lockerstor comes with the most up-to-date version of ADM to help protect against ransomware attacks. Snapshot Center and Btrfs provide the ability to efficiently create snapshots to protect and easily restore lost data. Other security features found on the Lockerstor are the ability to create one or more replacement administrator accounts, a firewall by ADM Defender that features blacklists and whitelists, the ability to change default ports, disable SSH and Terminal to prevent remote attacks. MyArchive cold storage hard drive security can also be increased by implementing AES 256bit encryption. 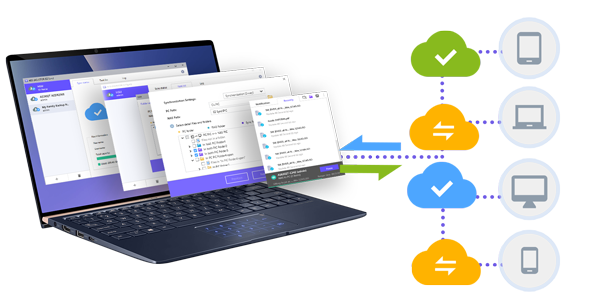 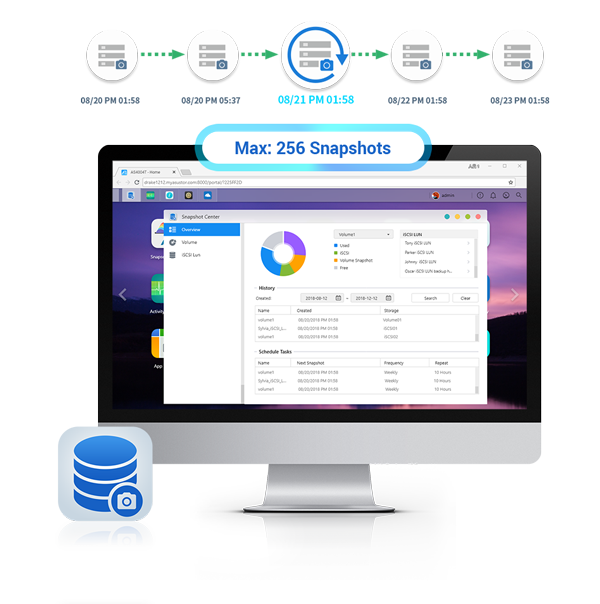 Snapshot Center is a new feature for ASUSTOR NAS devices to utilize Btrfs and iSCSI volumes to take snapshots of the information inside a NAS. Snapshot Center supports up to 256 snapshots of a volume and can be done every five minutes, creating a backup that can be restored easily if data is damaged or lost. MyArchive now supports Btrfs and snapshots. Btrfs for MyArchive supports snapshots and version history to help protect against accidental deletions or modifications. 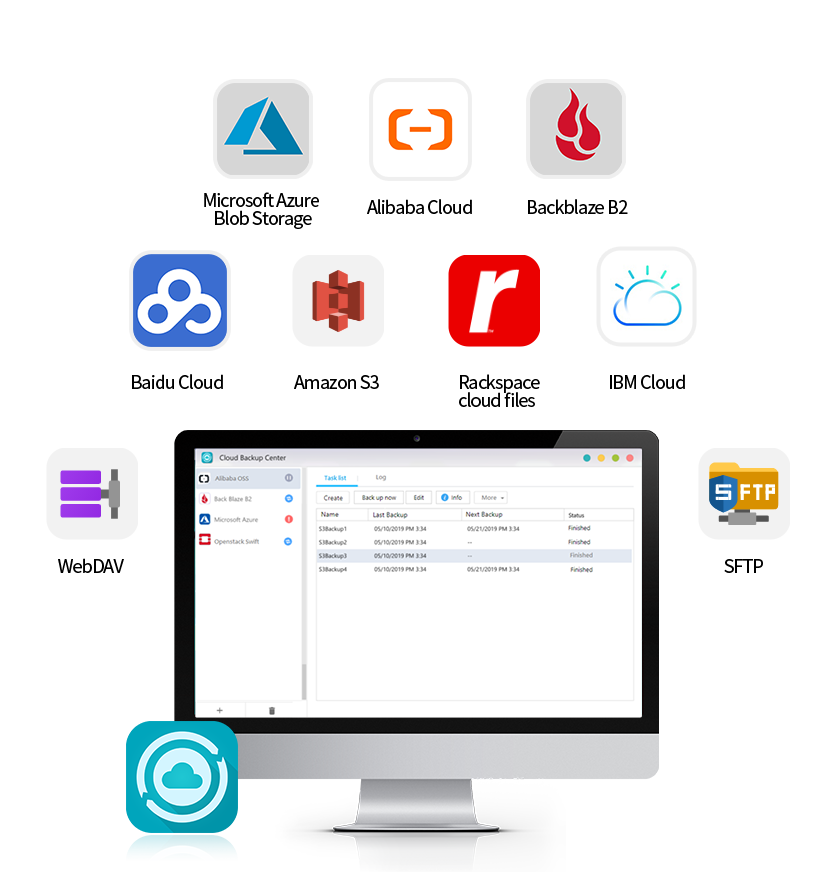 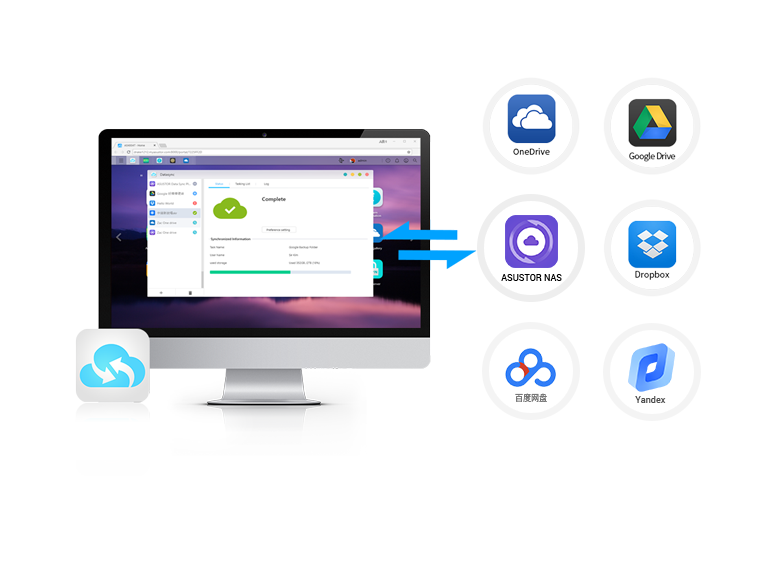 DataSync Center combines multiple cloud services into a single app. DataSync Center includes, but is not limited to Google Drive, Dropbox, OneDrive and Yandex and supports multitasking as well as multiple accounts. Control your data with instant and scheduled backups as well as using Cloud Backup Center to create a hybrid cloud that keeps your data online and offline, keeping your data protected.

An ASUSTOR NAS provides optimal reliability for home and small business users looking to set up a surveillance system. Four free camera channels are offered, making it an extremely cost-effective surveillance solution for those looking to protect their home or small business. ASUSTOR provides each NAS with the capability to expand to more cameras for those with bigger demands. Up to 64 camera channels can be purchased through camera licenses. After installing Surveillance Center and its corresponding mobile app AiSecure, stream live surveillance feeds to virtually any internet-connected Android or iOS smartphone to keep an eye on your most valued assets from anywhere, inside or outside. 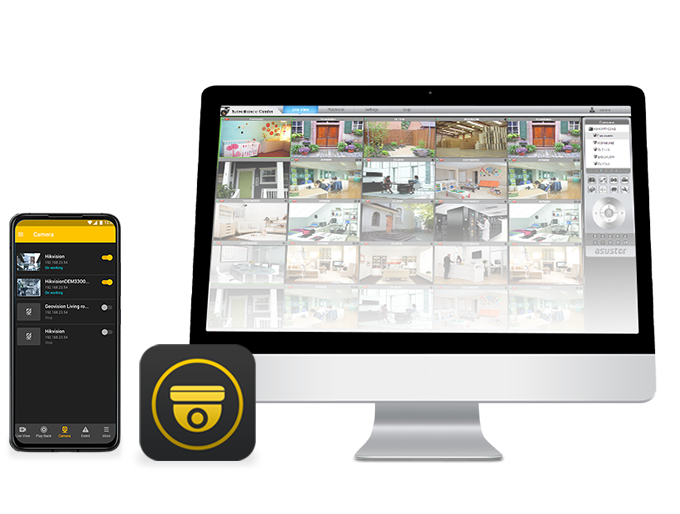